If a picture says a thousand words, then how many words can a video say? Five thousand? Ten thousand? No! A mere one minute video is equivalent to a staggering 1.8 million words. Video marketing thus serves not only as a source of entertainment, but also as a potent form of advertising. A one minute video, however, can become speechless without a sense of compatibility between its topic and its visual style. Essentially, choosing the best visual style for a video marketing campaign can optimize those 1.8 million words. Exploring the past work of a particular CT video production company is an easy way to determine whether or not the company's unique visual style will compliment the content of the marketing campaign. Here is a list of three popular visual styles seen in video marketing campaigns.

Screencasting is a combination of the digital recording of a computer screen's output and audio narration. When these two techniques merge, they create a sort of movie that is best used for educational purposes. For example, the production of a computer software tutorial would benefit greatly from screencasting. As images of the steps necessary to understanding and using such software are shown on screen, an audio narration can instruct the viewer on how to achieve each successive step. Thus, a screencast is an effective way to convey information to both visual and auditory learners.

Motion graphics and animation are almost one and the same. The word animation often evokes thoughts of Spongebob Squarepants, Mickey Mouse, or Bugs Bunny; however, the use of animation in video production is not limited to the creation of goofy, charming cartoon characters. Motion graphics are graphics that rely on video or animation techniques to produce the illusion of motion. Such graphics alone, or when combined with audio, become an effective way to capture an audiences' attention and to convey valuable information. Animations add an element of fun to any video marketing campaign.

Live-action video production can help viewers establish a more personal connection with a video marketing campaign. Particularly, live-action production often results in a sort of "home-made" quality final product. When filming a live event, for example, those captured on screen will appear rather candidly and the camera may not remain completely steady. Similarly, a video of an interview will typically have a conversational air about it. Both of these examples allow the viewer to connect with the presented topic on a personal level, as the subject of such a video is real people, real events, real life--the sort of atmosphere that any viewer engages with on a daily basis. If a viewer watches a video marketing campaign that centers around such a familiar setting, he or she may be more likely to develop an interest in the product or concept that the video is advertising.

While screencasting, motion graphics, and live-action styles seem to be rather popular approaches to the video production of marketing campaigns, the various styles available in video production are certainly not limited to the short list offered above. When determining the best visual style for your video marketing campaign, be sure to consider a more extensive list of visual styles. Teaming up with a CT video production company can help you or your company make this important decision, as such a company can elucidate the almost endless possibilities and help to determine which style fits best with your concept or product. Ultimately, if you would like to avoid writing 1.8 million words, and if you realize that most consumers would prefer not to read 1.8 million words, then using video production as a means of advertisement could serve as your best option for a marketing campain. 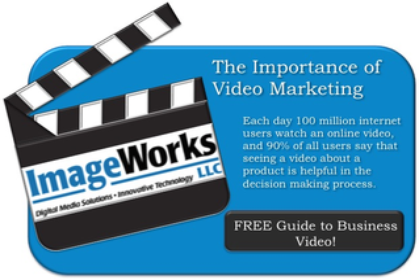